Dick and Jane: or, The Marriage Trap

Meet Dick. Dick is a 21-year-old recently returned missionary. He was born and raised in the LDS church. He has been a valiant member of the church his whole life. He did well in school, advanced through the levels of the priesthood, graduated seminary with a nearly 100% attendance record, and served an honorable mission in Uganda. Dick does feel guilty because he can't seem to shake his masturbation habit and because he occasionally looks at pornography. Not very often--maybe once a month or so--so he rationalizes to himself that it's not a serious problem. But deep down he feels very guilty. He feels like he is betraying his priesthood and temple covenants.

On the whole, though, Dick is an ideal, squeaky-clean Mormon boy. He is returning for a second semester at BYU after he dutifully took two years away from his education for his mission. Although he only baptized four people while on his mission, he came away with a deep testimony of the gospel. He reads his well-worn scriptures daily and prays fervently. He is majoring in business at BYU (even though he'd much rather study physics) so that he will be able to provide for his future family. He serves in his student ward as a Sunday School teacher.

Dick's top priority right now, as per his former mission president's instructions, is to find a worthy young woman to be his eternal companion. He's been told by his bishop that it's his responsibility to date as much as he can. And so he does, looking for the girl who's meant to be his wife.

Meet Jane. Jane is a lovely girl. She worked her way through the Young Women program until she earned her medallion, graduated seminary with honors, and has a burning testimony of the gospel. Like Dick, she prays and reads her scriptures every day. She keeps her mind and body pure and innocent. She strongly believes that her greatest mission in life is to be a wife and mother--she can't wait to be a mommy. She's studying at BYU, but she hasn't declared a major yet. For one thing, she's hoping to be married soon, so she assumes that she doesn't need much in the way of higher education. And for another, she doesn't know what she would like to study, having focused all of her goals and dreams on her ideal of a fairytale wedding shortly followed by motherhood. She's taking light credit loads consisting of general studies supplemented by ballroom dancing and sewing classes. But although she does not devote much energy to her education, Jane is quite intelligent. She has an aptitude for math and a fascination with art (although she fastidiously avoids any paintings or statues of naked people). But because being a mother someday is so important to her, she devotes most of her time and energy to developing skills that will help her make a happy home. She loves the social life at BYU with all the handsome returned missionaries who seem so much nicer than the non-Mormon boys she knew in high school outside of Utah. She's had a series of boyfriends, but has lately begun to doubt herself because none of her relationships led to marriage. As a result, she immediately latches on to any man who expresses interest in her, convinced that this, at last, is "the one."

By Thanksgiving Dick and Jane are getting serious about each other. Jane has high hopes that Dick will propose any day. Dick is having a difficult time restraining himself sexually. They have very strong feelings for each other and are convinced that they are in love. Everyone around them is happy for them, and roommates are beginning to ask when the engagement will be. Reading a recent General Conference talk encouraging young adults, especially young men, not to hold off on marriage serves as the final push for Dick to propose to Jane just before the Christmas break.

After the engagement, Dick and Jane are showered with congratulations and well-wishes. They become stereotypical lovebirds--cooing at each other, playing with each others' hair, and generally being oblivious to everyone else around them (and rather annoying both sets of roommates). Their conversations consist primarily of flirting and wedding plans. After a long six months and several close calls with the Law of Chastity, the two are married in the Salt Lake Temple.

The first few months are divine. Dick and Jane are passionately in love with each other. Jane quits school and takes a job to help pay for Dick's tuition. She stops working, however, when after less than a year of marriage she finds that she is pregnant. Both she and Dick are overjoyed, but Jane especially is ecstatic because she is now beginning to fulfill her divine role as a woman.

More children follow, and soon it becomes apparent to both that married life is not the fairytale that they always thought it was. Jane's time is taken up with her growing number of children and they rarely have time alone together. When they are able to spend time together, they find that they have little to talk about. Dick has returned to his pornography habit to fill the emotional and sexual void created when the magic of his relationship with Jane faded. Jane wonders why her husband does not love her anymore--if he did love her, then obviously he wouldn't be seeking solace in the nasty videos that he watches when he thinks she's asleep. Jane invests herself more and more in her children, Dick more and more in his work. Dick is unhappy at a job that he finds boring and unstimulating, although it does provide well for his large family. Although she will never admit it to herself, Jane is unhappy with her life as well. Shortly after her youngest child begins school, she becomes seriously depressed and her doctor prescribes Prozac. To a casual observer, Dick and Jane have a wonderful life and a happy family. But both partners wonder if they're doing something wrong in their marriage that is keeping them from the happiness that they were promised.
Dick and Jane's story, while obviously fictional in this case, is one that repeats itself many times over in the Mormon church. Men and especially women are taught that having a family is the most important thing they will ever do in life--that it is a divine calling. It is common for returning missionaries to be told by their mission presidents that their next responsibility is to find a wife as soon as possible. Women are regularly taught in church that marriage and children are the most important priorities in their lives. Both are encouraged to interpret their feelings as "promptings of the Spirit," and they consequently mistake early infatuation with a relationship for the Spirit telling them that they have found the one that they are meant to be with for eternity. The increasing sexual tension in the relationship compounded with the expected abstinence prior to marriage places additional pressure on the couple to marry as soon as possible so that they can keep themselves "pure." As a result, it is extraordinarily common for Mormons to marry quite young and after dating only for a short period of time. After marrying and having children right away, many of these couples find that they have little in common besides the church. They may become depressed or feel like they are not righteous enough. Obviously this isn't the case all the time; sometimes couples get lucky, and some have enough presence of mind to avoid rushing into a marriage and children with someone they've only known for a few months. But it happens more than it should, and it is a direct result of the church's harmful teachings.

I've heard it argued that the church does not actually pressure its members into early marriage and children. But consider, for example, the oft-quoted Family Proclamation's statement that "God’s commandment for His children to multiply and replenish the earth remains in force." This little quote is often cited in church lessons and BYU devotionals to urge the faithful to reproduce early and often. LDS prophets and other church leaders have made clear there insistence on this matter. In a 1987 General Conference address entitled "To the Fathers in Israel," Ezra Taft Benson quoted Spencer W. Kimball as he urged young couples not to wait to have children:


"I have told tens of thousands of young folks that when they marry they should not wait for children until they have finished their schooling and financial desires. … They should live together normally and let the children come."

In the April 2011 General Conference, both Thomas S. Monson and Richard G. Scott urged young adults to marry. In "The Eternal Blessings of Marriage", Scott said, "If you are a young man of appropriate age and are not married, don’t waste time in idle pursuits. Get on with life and focus on getting married." In his address entitled "Priesthood Power," Monson, the man who speaks for God, scolded young men who postponed marriage:


"Now, I have thought a lot lately about you young men who are of an age to marry but who have not yet felt to do so. I see lovely young ladies who desire to be married and to raise families, and yet their opportunities are limited because so many young men are postponing marriage.

This is not a new situation. Much has been said concerning this matter by past Presidents of the Church. I share with you just one or two examples of their counsel.

Said President Harold B. Lee, 'We are not doing our duty as holders of the priesthood when we go beyond the marriageable age and withhold ourselves from an honorable marriage to these lovely women.'"

Monson then went on to urge unmarried men not to worry about financial considerations such as how to take care of a wife (as if women are incapable of taking care of themselves!) and to suggest that young men are simply "having a little too much fun being single." It is clear that the church puts an extraordinary amount of pressure on young adults to marry and produce offspring, and young members like Dick and Jane are the victims. People rush into marriage and children under the direction of church authorities and then wonder why they are not happy.

Posted by BlissfulHeretic at 5:18 PM

BlissfulHeretic
I am a humanist, an atheist, a Mormon apostate, and, above all, a truth seeker.

This blog started out as a place for me to write about my exit from Mormonism, primarily as a cathartic exercise for my own benefit. I now write in the hope that I can help others who may be starting out of Mormonism sort things through, and that perhaps what I write might encourage people to think.

For Further Light and Knowledge 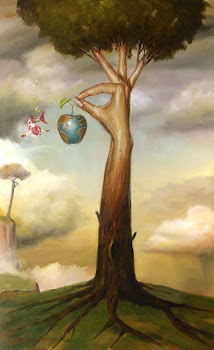 Men fear thought as they fear nothing else on earth, more than ruin, more even than death. Thought is subversive and revolutionary, destructive and terrible, thought is merciless to privilege, established institutions, and comfortable habit. Thought looks into the pit of hell and is not afraid. Thought is great and swift and free, the light of the world, and the chief glory of man.
-Bertrand Russell

"It is error only, and not truth, that shrinks from inquiry." -Thomas Paine 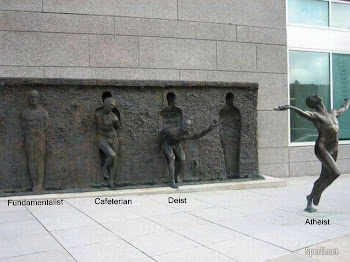 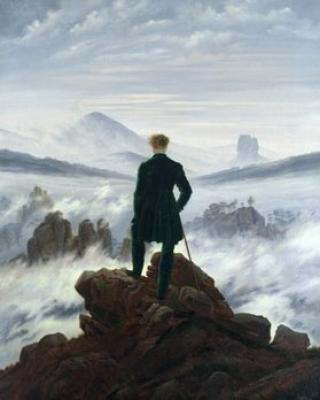 Caspar David Friedrich, Wanderer Above a Sea of Fog